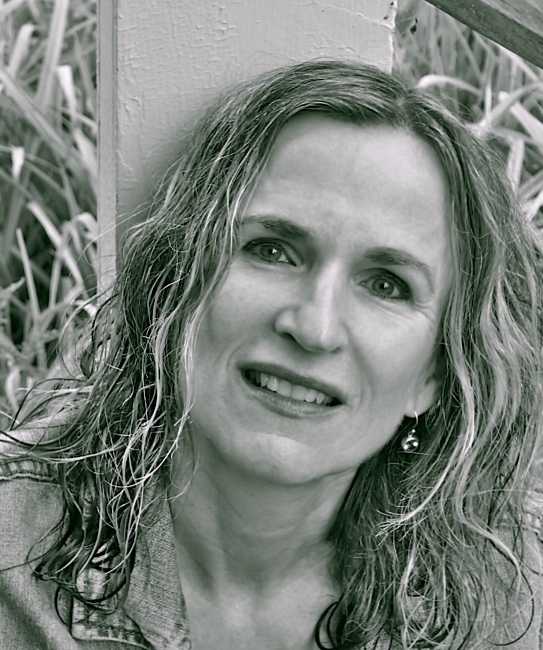 Today on the blog we have Rebecca Foust, whose poem, “Dynamic Response of Multi-Layered Soil Media in the Frequency Domain,” appears in MAR 35.1 and was recently reprinted in Poetry Daily. Foust’s fifth book, Paradise Drive, wonthe 2015 Press 53 Award for Poetry and will be released in April. Here, she discusses living in Robert Frost’s house, writing while miserable, and how proofreading seventy pages of scientific writing inspired her MAR poem.

The poetry workshop I attended in the summer of 2013 at the Fine Arts Works Center in Provincetown was part of a consciously-adopted program to wean myself away from writing in form. I’d taught my grad school class three years earlier on the sonnet, and for a time became obsessed with the form. I learned to tell a Miltonic from a conventional volta, a Spenserian from a Shakespearian rhyme pattern, and a curtal from a caudal sonnet (but don’t ask me about any of those things now). I was transfixed by Hopkins, Herbert and Donne. I suffered with Anne Bradstreet and cackled and winced my way through Berryman’s Dream Songs (OK they have 18 lines but I’m not the first reader to see them as variations on the sonnet form). I reveled in Rilke. Gobbled up anthologies (Penguin’s is the best) and ferreted out sonnets written by modern poets, by contemporary poets, and poets (like Pound, Merwin and cummings) who I never in a million years would have guessed were sonneteers. And along the way wrote hundreds of my own fourteen-liners. Some evolved into tolerable sonnets, and 80 of the best went into Paradise Drive, the book that will be released by Press 53 this April. Like many other writers, I found an unexpected freedom a discipline that, in the process of forcing me to choose words for sound rather than sense, unhooked the carabiner of logical thought.

Eventually, though, I began to feel the constriction of writing poems that Annie Finch noted can fit on the palm of the hand and William Drummond likened to “the bed of Procrustes” I wanted more room. I wanted my poems to be bigger, to have room to get up and walk around, to breathe. But no matter how I tried, I still found myself coughing up neat little bundles of bones wrapped up in skin and fur. When I began dreaming in sonnet, I knew it was time to take steps. So I signed up for the generative workshop taught by Victoria Redel, whose fierce, funny poems are mostly in free-verse.

It was one of those rare workshop experiences where the dynamics were just right and the class gelled into a perfection of intimacy, inspiration and late afternoon swims at Herring Cove. Midway through the week, Redel gave us an assignment to write a new poem using long lines all in one-syllable words.

No way was I going to show up the next day without a new poem. But I had a problem. My daughter, a grad student in Structural Engineering, had just emailed me her master’s thesis, asking could I please proofread it by the next day. I also had anotherproblem: no internet connection. So that night I read 70 pages of scientific writing on my phone and also wrote the assigned poem, pretty much at the same time.

It took hours to slog through those pages, which might as well have been written in Greek and one page of which—all equations—actually was. But now and then its language resonated with a weird kind of math-music, and some bits were interesting. Who knew that waves are constantly moving through the ground we stand on and that some of those undulations are called “Love Waves?” Every time I saw something like that, I copied it down.

Later I focused on writing the poem. Because it was 3 am and I was exhausted, I began by throwing in the towel and giving it the same name as the thesis. Then I played around with the extracted lines, rendering the technical jargon into the simplest possible one-syllable vernacular. I got the idea of writing in couplets, using the first line to hold the quoted material and the second its truncated translation. All the time, of course thinking about my daughter—the child she’d been, the young woman and engineer she was about to become.

That first draft ran to three pages and was a holy mess, but I had a new poem that didn’t look anything like a sonnet, and yea the sun was beginning to rise. So I fueled up on espresso at The Wired Puppy and headed over to the FAWC student center to print it out. My memory is that all the poems read in workshop that day were very good first drafts. I know I left feeling like I had something worth working on.

The following week, “Dynamic Response” got put through its paces at a second FAWC workshop led by one of the best teachers on revision I know—Martha Rhodes. It was Martha who, noticing that the epigraph was after “a daughter’s master’s thesis” asked “It’s your daughter, right? Why not just say that? I changed the “a” to “my” and then felt able to allow the speaker to address her daughter directly as “you,” allowing intimacy to offer counterpoint to the extreme impersonality of the lines using technical jargon. Subsequent revisions cut all but the most interesting lines from the thesis, and where insistence on one-syllable words resulted in clunky syntax, I allowed polysyllabic words to sneak back in. Summer ended, and I put the poem away for a few months. When I looked at it in November it seemed ready, so I sent it out to MAR and two other journals.

That was in July. I was the Dartmouth Poet in Residence at the time, living in Robert Frost’s house in Franconia, NH and picking up my mail once a week from the Frost Place’s administrative offices a few miles away. When handed the fat envelope, I acted nonchalant. But I was elated. For one thing I’m a fan of MAR and have been sending poems there regularly for the past six years. For another, getting a poem accepted on the third try is not exactly my norm. And finally, the acceptance was like earning a chip at AA—something tangible I could hold onto when I felt myself slipping back into the habit of spitting out owl pellets instead of poems that had some meat on their bones and could breathe and bleed.

I don’t write it, it writes me, so quit bitching.

Getting to live alone in Robert Frost’s house all summer before going on to a residency at MacDowell last year was amazing. But the best thing has been to watch the emergence of two poets I’ve been working with over last few years. One, a young man who crossed the Sonoran desert when he was seven in order to reunite with his parents in this country, may be the youngest poet ever to wait tables at Bread Loaf. Last year he graduated with an MFA from NYU, and a few weeks ago he received an NEA grant. My other mentee lives in a retirement home and won’t tell me her age. But she just published her first chapbook, a moving and delicately-wrought slave narrative called Unicorn in Captivity. These things feel bigger than anything that’s happened to me.

I’m supposed to say here that I regret not taking my writing seriously until I was in my fifties, but that’s not true. Things have happened exactly as and when they should have. Sometimes I regret the decision, made in 2007, to start publishing my work. Writing was more fun—and pure—when I was doing it without any expectation of seeing it in print. On the other hand I was writing like one poem a year, and not really trying very hard.

Wasting three years in law school? Or maybe moving, 36 years ago, so far away from my family in Pennsylvania? But relocating to CA is also one of the best things I did in my life so it’s hard to say.

I collected rocks, fossils, and artifacts obsessively for the first 25 years of my life, and then carried that collection around with me from house to house for three decades. Last year we moved again, and when the guy finished loading it onto his truck, I gave it to him—just like that.

I write best when I am miserable. It can be emotional or physical. The corollary is that when I feel great, my writing pretty much sucks. 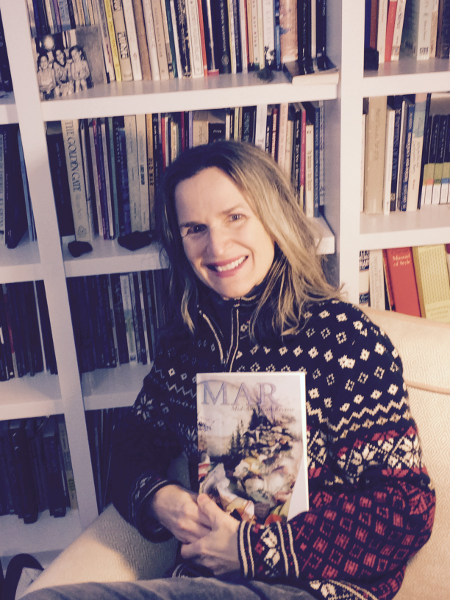 Thanks for the interview, Rebecca!
Laura Maylene Walter, Fiction Editor