How I Almost Met Dan Stevens Eight Times on a Mission from MAR, Part III: There’s a Dog in the Car 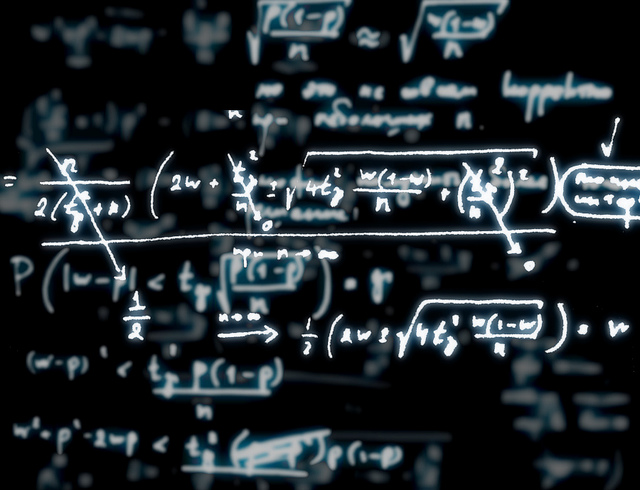 This is our third and final installment (read Part I: The MFA Can Kill You and Part II: Gadaffi, Frogs, and Jungian Beetles) of this special series about Mid-American Review (MAR), Dan Stevens of Downton Abbey fame, and the post-MFA life. (Image, above: Ivan T)

The guy was everywhere, and it was weird.

I was up and out of the house four days after surgery, and I stuffed my days full of appointments. Wherever I ended up—job interviews, errands, apartment viewings—he was either two steps ahead or two steps behind. Eastside, Westside. Uptown, Downtown. I’m not a creature of routine, but it didn’t seem to make a difference. Weird.

It was like a gift from a distant aunt who doesn’t write or visit. It’s nice. It’s lovely. But she’s obviously never met me or was confusing me with someone else. What am I supposed to do with this?

Let me be clear. He seems like a decent enough guy. Or maybe he’s not. My point is, I didn’t know. After a while, it got silly. What is the statute of limitations on introductions? How many times can you ignore someone before you admit you know who they are? What are the statistical odds of running into somebody that many times?

In fairness, he sticks out. He’s forty times prettier than the average Clevelander, and no one gave him the standard issue cargo shorts and sandals. Nobody told him that no one here wears skinny jeans and a baseball hat at the same time. It’s like watching a blue dolphin leap out of a sink full of dirty dishes. A blue dolphin who drives a car with the erratic over-caution characteristic of senior citizens.

Up until this point, Abby was the only person I told about any of this. According to her, it was because—in her words—Magic. Literary destiny.

Magic is an excuse for seven-year-olds, I said. If I was magic and capable of supernatural phenomenon, being able to manifest the presence of British actors wouldn’t make the list. Not when there was invisibility and teleportation on the menu.

No. In the stark light of day, I prefer science. Magic was just something that covered up a long road of complicated math.

To prove it, I started memorizing the faces of strangers and waiting for them to show up again. Redheaded girl with birthmark and pet pitbull. Goateed man with leg brace. I made notes. I must have memorized close to twenty faces and then spent days shuffling around muttering. “C’mon redheaded dog-girl, get back here. Don’t let me down.” No one ever reappeared.

My roommate in college was an astrophysicist named Cindy. She has a PhD now and two small children. She does math for fun. For a variety of reasons, I trust her with my weird. I told her about my experiments, my research, and my results, and she offered this scientific conclusion: “Wow. You must really be bored.”

She had a point. I was busy with the job and house hunt, but nothing close to what I was. I hadn’t been bored in four years. I’d forgotten what it felt like.

He continued to show up and in the oddest places. His presence on my path became so quotidian that I forgot I was supposed to be delivering a literary journal.

“Math, math, math,” I chanted to myself, every time forgetting MAR 34.1 weighing down my bag. This was during the day.

At night, I sat alone in my bedroom and tried to light a candle with my mind.

“You need a vacation,” said Jill.

The last week in June, she came for a visit. Together we’d find me an apartment, deliver MAR 34.1, and raise a little hell. She stated all three objectives with the confidence the universe portions out to leggy blondes. As an added bonus of badassery, she’s from Detroit. Together, we wouldn’t fail.

Both of us were way overdue for a holiday. Even when it started to rain, we ate our West Side gyros and jumped through rain 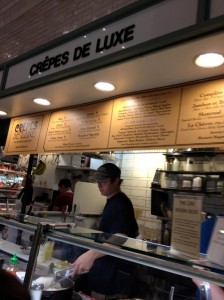 puddles in the square like children. She hung out the side of the car and took pictures of the art deco statues guarding the Lorain Bridge. I showed her the exquisite glory that is Rising Star coffee. It was a great day.

The next morning, she woke me up early. In addition to being tall and blonde, she’s also a morning person. I scratched the sleep out of my eyes, and she pulled out the issue of MAR and shook it around.

“How do we make this happen?”

I sniffed and looked around for coffee. “Well, first we must dance naked under a gibbous moon. Cut our hands and become blood sisters.”

“I don’t know. I just. Live. And …” I spread out my hands in the universal gesture of TADA!

Living for me involves bookstores, vinyl records, and modeling fashions from the 60s, so that’s what we did, and we had a great time. We had our arms full of books and clothes and were heading to a French café to drink some wine, happy as clams. Until the dog on Bridge Street ruined everything.

There’s little in life that amuses me as much as a fat dog so when I saw one bouncing in the back of a white Buick, I pointed it out to Jill. She looked but as soon as she did, it ducked out of view.

“It’s there. Look.” I swear that dog blew me raspberries before he disappeared again into the bowels of the car. She looked, and he was gone.

“Listen.” Her voice was slow and measured. “Do you think there’s a possibility that all of this is in your head?”

“You’re asking me if I hallucinate British actors and fat dogs?”

She looked away and shrugged.

I wanted to say yes. Run back and forth between the real and the imaginary often enough and someday I might just let go and let my sanity pop in a power line like a Mylar balloon. Maybe it already had, and I didn’t notice. There was the issue of life choices. I could have gone to dental school, but no. I’ve been a derelict. I’m in my thirties for god’s sake. I’ve neglected to establish a marriage, a baby, a 401K. I could have done those things, but instead, I wrote a novel. How stupid is that? Every week there’s another article declaring the novel dead, and I have a better chance of joining NASA and being shot to the moon than ever publishing one. What had I done? These are the actions of a crazy deluded idiot.

But I didn’t say that. If I had, I’d have cried right there on the sidewalk and that wouldn’t do. Instead, I gritted my teeth and told her: “There’s a fucking dog in that fucking car.”

She walked on ahead of me, and I followed a few step behinds. As soon as I saw her spine stiffen, I knew what she saw. Dan Stevens. Smiling from plastic chair on an outdoor patio.

Coincidence? It would take a team of mathematicians forty square feet of white board to work out the equation on that one. Better maybe, definitely easier, to just say magic. Maybe the universe cavorts from time to time on my side. Maybe it just wants to make me laugh. Either way, my spirits lifted considerably, and I vowed on the spot to buy this guy’s movies forever. Blue-ray and everything.

I smiled, and I waited for Jill.

We’d agreed ahead of time that we’d cover my month of rudeness by having her be the one to recognize him. At first I thought she’d missed it because she just kept walking. By the time we reached the next intersection, she was bug eyed and wordless. She didn’t miss it.

“He’s so beautiful. It’s like looking into the sun.” She had one arm draped dramatically over her eyes as if, from two blocks away, he still had the power to blind her. She sat down in the middle of the sidewalk.

By the time I dragged her back, he was gone. We ordered a bottle of wine and toasted our failures and shortcomings. 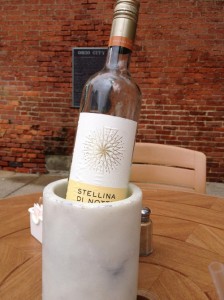 We were drunk when he showed up again in the intersection.

He hung out in his car at the green light for a while. Doing what, I don’t know. Nothing? Changing a CD? Making a phone call? Thinking: “Oh god, there she is again. What does it mean?” He’s a writer too, after all.

“Do something,” said Jill.

But what could I do? Run into the street? Jog past and throw the journal on the windshield? MAR 34.1 deserves better, and my luck, he’d hit the gas and I’d be back in the hospital. No, thank you. He turned the corner, and as soon as he did, I started laughing.

The very best kinds of laughs are the ones with no clear origin. These are the ones that go on with no signs of stopping. We had no idea why we were laughing, but we were. Like a cage full of gibbons. Why is it funny? –I asked, but she couldn’t stop laughing long enough to answer me. We laughed until we collapsed, exhausted. It felt great. Fantastic even.

Then it started to rain.

“No.” I stood up, wine wobbly and shook my fist at the sky. “Don’t you even think about it. Go away. Don’t you see I’m having a good time here?”

As if it’d heard me, it stopped. As quickly as the clouds had appeared, they left. The rain was replaced by warm light, the post-rain glimmer of a revenant sun.

I’m as surprised as you are.

Post script: I’ve compared my story with others and found a number of consistencies. If you, or a loved one, has recently gone through an MFA, you’ll find that these mood fluctuations, over-reactions and crises of self-doubt are typical and will probably pass. Cuddle with your cohort as needed. Don’t be a banker. There’s enough bankers, but this world needs its story-tellers and that’s what you are. It’s time to tell your parents the truth.