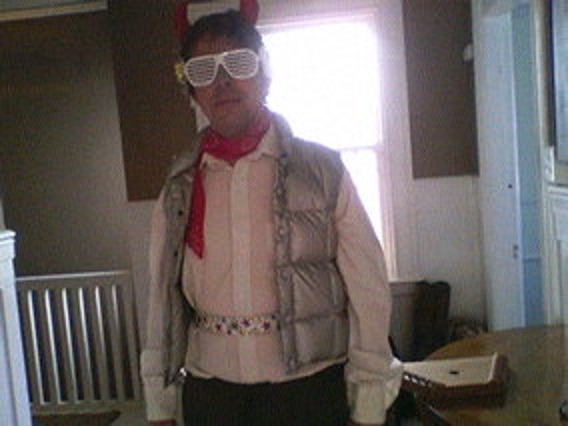 While the protagonist in James Warner’s short story, “Using the Word ‘Posterity’ in a Sentence,” finds himself slowly being erased, there’s no forgetting this quirky tale, which appears in MAR‘s Spring 2014 issue (Vol. XXXIV, Number 2).

James Warner’s stories are forthcoming most imminently in ZYZZYVA and Ellery Queen’s Mystery Magazine, and have appeared most recently in Web Conjunctions and The Literarian. His novel All Her Father’s Guns was published by Numina Press and was a San Francisco Public Library reading list selection. He runs the reading series InsideStorytime and helps organize the San Francisco Lit Crawl for the Litquake festival. In this interview, he discusses catastrophe, the unforeseeable future, Voltaire, and the justification of human existence. You know. The lifeblood of writing. Enjoy:

Forgotten by everyone else,
A man starts to forget himself.

What was the best (or worst) feedback you received on this piece?

Originally there was a line towards the end where the narrator addressed the reader directly, saying “You too, soon after reading this, will forget ever having digested my words…” When I read the story to the San Francisco Writers Workshop, Ian Tuttle told me to take that part out. I ignored his suggestion, but when [past Fiction Editor] Jason Marc Harris was editing the story for Mid-American Review, he said the same thing. So I gave in – I guess that was taking the idea a stage too far…

Any time I feel I’ve nailed a sentence, gotten some detail just right, my existence feels justified for a moment or two…I think one has to take satisfaction in the writing itself, since what happens afterwards is so unforeseeable.

Maybe I wish I’d survived more catastrophes – they might have taught me something.

I often forget to exhale.

It sucks being compared to Voltaire in a rejection letter.

There’s a lot of good writing in MAR 34.2…I think I’ll go with Brian Costello’s “Tracking the ‘Choose Life’ Balloons: Our Findings Thus Far.” I like the relentlessness of his narrative strategy, in giving us each balloon’s distinct unpredictable trajectory, mirroring the baffling vastness of destiny and evoking the sanctity and profanity of human lives. 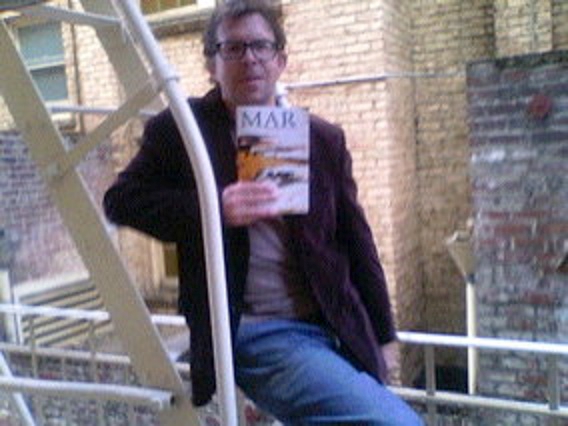 Thanks for the interview, James!

Previous postHow I Almost Met Dan Stevens Eight Times on a Mission from MAR, Part III: There’s a Dog in the Car Next post"Paco" by Winona Leon