How I Almost Met Dan Stevens Eight Times on a Mission from MAR, Part I: The MFA Can Kill You 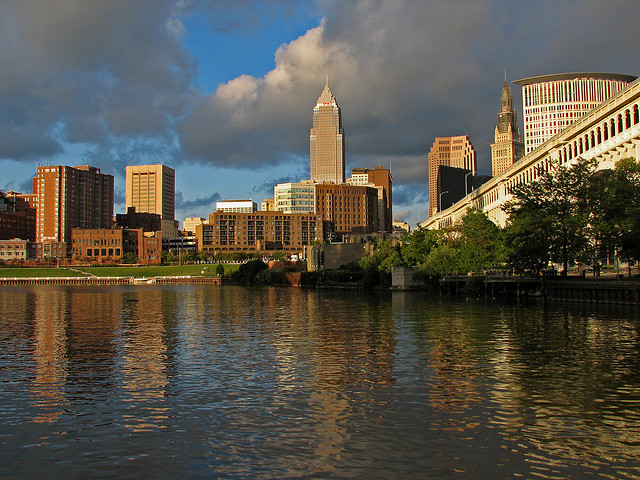 Part 1 – The MFA Can Kill You
By Suzanne Hodsden

I saw my exit and bolted. Around the doctor’s legs and through the exam room door, my mother hot on my trail, hollering after me, using my full name. First, middle, and last, if you get my drift. Suzanne. Elizabeth. Hodsden.

Between my feet and my freedom there was a couch, one of those overstuffed floral monstrosities and the octogenarian seated on it was sucking air through an oxygen tube. Seeing me and my speed, her eyes bulged up and she had just enough time to cover her face before I high jumped the couch and slammed against the door, knocking my breath loose.

I clawed at the door handle, but mom’s hand clamped down over mine and pried my fingers loose. She hauled me back, the tiny squawky flailing mess of me, to where the nurse waited with the syringe.

This is how I was vaccinated for Measles, Mumps and Rubella and qualified to enter Ohio public school in 1986.

Nearly three decades have passed but my attitude toward my medical care has not matured. I hardly ever see a doctor, and I don’t take pills if I can help it. Instead, I favor a carefully crafted cure for sickness made out of fierce denial and medicinal whisky. It’s always worked for me, and I’m famous for it.

So on Easter Sunday when I staggered into the living room and declared that I’d like to be taken to the ER, my family lost their minds.

Not everybody ends up in the hospital, but some do. I did. Intimate relationships shatter. Personal hygiene and grooming habits dissipate. I don’t know how I became the kind of girl who eats Kraft dinner out of the pan with a dirty plastic fork, but I did it. It was, by far, the three most stressful years of my life. It was also three of the best. It was Dickensian.

I was released from the hospital under the stern directive that I return for testing once I’d graduated. After a full night of rigorous prodding, my doctors failed to make a diagnosis. They gave me a list of dietary restrictions that ruled out everything but rice and bananas and let me go. I made my decision before I hit the parking lot. If I had to spend the rest of my life eating like a toddler, I’d do it. I wasn’t going back.

I went back. Turns out there’s only so much plain rice you can eat. And it will most likely be another three years before I can look at a banana.

I submitted myself to a battery of tests so barbaric that one day they will be afforded the same esteem we reserve for bloodletting and the leech. The doctors decided that my condition was genetic but aggravated by stress and “life choices.” They scheduled me for surgery. 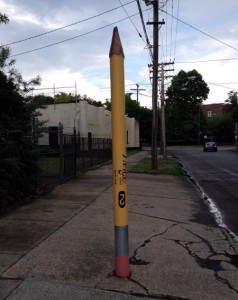 In the final weeks of the MFA, professors reiterated the importance of “sticking with it” once we fled the nest. People who sniff at the MFA as an escape from reality aren’t entirely wrong. It’s easy to live a creative life when everyone around you is doing the same thing. Once we walked out and blinked up into the harsh light of the world, many—we were told—would cave in and become bankers. Don’t be bankers. You’re writers. You’re storytellers. The world needs you. Keep writing.

I would. Writing—to me, at least—is more of a condition than an aspiration. I’d do it because I can’t not do it. And I’d nail down a practical and livable life in the meantime. That life, I decided, would take place in Cleveland.

Why? Condensed version: it’s cheap and I grew up there.

I spent the weeks of my diagnostic adventures getting to know the city again, its twists and odd angled turns. A lot has changed, but it’s still shaped like a big toilet bowl. Make enough left turns through Ohio City, Tremont, Warehouse, Downtown and you’ll still end up down in the Flats, home to exotic creatures with either botox or gills and big retractable bridges that mesmerized me as a child. I could have a life here, and as soon as I’d had surgery, it would start.

I was downtown taking a look at a gym when I got a phone call from the surgeon, canceling my surgery, and scheduling me for more tests. I’ll confess that I didn’t handle the news well. What ensued was nearly an hour of arguing with the doctor’s offices and placating a mother who wondered where the hell I even was. She knew something was up because the doctor called the house first, looking for me.

You’ll never find me, I thought viciously. I’m behind Jacob’s Field, but you’ll never look here. My long latent six-year old emerged and snickered with glee. Circumstances have changed, baby. I’m bigger. I’m stronger. I have a car and a credit card. I spent my twenties being a hedonist vagabond (ESL teacher), and there were close to twenty foreign couches set and ready to receive me.

My mother anticipated this line of thinking and texted: Don’t you even think about going to the airport.

She’d catch me, even if she had to flag me as a terrorist. I started getting texts from friends asking me where I was. She’s tricky like that, enlisting an army. Just as I was about to release a primal scream of rage, a car pulled up and I recognized the occupant. My synapses exploded with the following thought process:

I know you. I do. Did my mother send you? Check the rolodexes. Ah ha! I have it. I do know you, but you don’t know me. I don’t have to say a word to you, and I won’t. It’s rude, of course, but I’ve had a bad day. I’m sick, my mom is making some serious   threats, and I can’t decide between Prague and Istanbul. I can’t deal with meeting new people just now, so roll along good sir, and leave me to stew in my own bitter solipsism. Roll along! Go!

Granted, I didn’t say anything out loud. I just stared. And he stared back. One of us had to blink, so I walked away, but before I did, I got a look at myself in the backseat window. The look on my face could have peeled paint.

This was the kill-shot to my rebel moxie. Enough was enough. I crossed the street, moxie-less, and drove home under the white flag of surrender.

I called a friend. “I just saw Dan Stevens.” I said.

“But be careful driving, all right?”

Hollywood is considering Cleveland more and more for the same reasons I am, but though rumor has it that Marvel rolls through and lets loose their superheroes, I’ve yet to see one.

Not everyone knows who Dan Stevens is, but they know the show he’s on. I’ve missed a great deal of pop culture during grad school, but I’d have had to be living in a nuclear bunker to miss Downton Abbey. Who’s Dan Stevens? The British actor who played Matthew Crawley, the one who died in a car crash right after his fictional wife gave birth to their fictional baby.

That’s the pop culture reference. In other circles, namely my own small literary pool, he’s the actor who judged the Booker. Editor-at-large for the lovely The Junket—an online zine edited by Cambridge grads, intent on poking each other along in their literary aspirations. He’s been discussed.

I couldn’t have told you what he was doing in Cleveland, but it was him. I’m sure of it. My glasses need replaced, but he was less than four feet from me. If he’d been closer he’d have run over my shoes.

This news amused Abby Cloud. In addition to being editor-in-chief of MAR, Abby’s a bit of an anglophile and can explain Cricket to an American in under ten minutes. I’ve seen her do it. She told me that if I ever saw him again, I should recommend MAR.