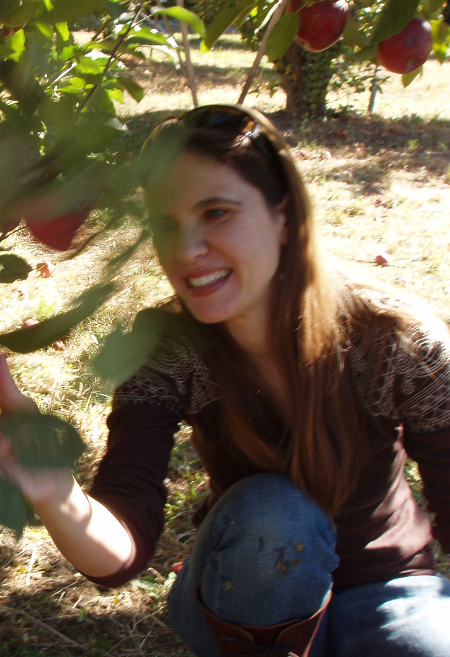 Jennifer K. Sweeney is the author of three poetry collections: Little Spells (New Issues Press, 2015), How to Live on Bread and Music, which received the James Laughlin Award, the Perugia Press Prize and a nomination for the Poets’ Prize, and Salt Memory. The recipient of a Pushcart Prize, her poems have appeared in Academy of American Poets’ Poem-a-Day series, American Poetry Review, Linebreak, New American Writing, Poetry Daily, and Verse Daily. Her poem, “Parenthetical at 35,” appears in MAR 35.1.

Quick! Summarize your poem in 10 words or fewer. Extra points if your answer rhymes.

winter, abundant with losses, no baby, wringing my hands

This poem was one that steeped for a very long time. Though the time of the poem was at age 35, I wrote it three years later when I was out of the fire, no longer living a daily prayer that I would finally succeed in getting pregnant, no longer living in a perpetual Michigan winter but in the California desert. I was napping with my baby boy, and I just heard the poem. It entered the room, my body, entirely. I said lines over and over so as to not lose them and eventually was able to get to a pen and paper. I had most of it down after that afternoon, but worked in the next months fine-tuning its many different movements; there was such a lot to contain. I didn’t show it to many people and sent it out only a few times. It just felt like such a dense poem for an editor to take on, I wasn’t sure if it would get picked up.

I was so happy to find out this poem would be published, but by MAR? That was wonderful. I had admired the journal for a long time, and I felt particularly read and witnessed by the editors regarding a poem that felt so different from anything I had ever written. I received a kind note about the correlation of the “35-ness” of my title and the anniversary of the journal and was touched that my poem opened this issue.

My most surprising and successful moment as a writer was finding out that my second book had won the James Laughlin Award. I was in Prague for the month and unreachable by phone or email for about five weeks. At the end of the trip, I asked a secretary in our apartment building if I could use her computer to check my emails. When I opened the weeks-old message from the Academy of American Poets, I let out such a joyful shriek that the secretary knew something wonderful had happened and brought out a bottle of wine even though it was only 9 am. I wasn’t supposed to tell anyone yet, but I told that woman who gave me one of the warmest toasts, and we drank to it together. So unexpected. Perfect moment.

After college, I spent six months in Siberia, Indiana, town of 25, as a volunteer. I lived in a mobile home across from a tiny church with an old rectory and convent on either side which now housed adults with severe disabilities who lived under the guidance of a Benedictine nun and a lay houseparent. Beyond the homes, there was an organic farm with goats and chickens. I was there to assist both homes and help with the farm. There was no computer or tv; I only spoke to those ten people on that plot of land and little else. It was an incredible time full of tenderness and longing, deep silence and doubt.

I was on an artist residency at Hedgebrook in mid-February, and on Whidbey Island, the barred owls were mating. They nested in tree holes lined with feathers or grass along the path I followed each evening to eat dinner, my head spinning the day’s new fragments around. It was on such a walk when I was struck upside the head and brought down to the forest floor. Disoriented and dazed, I assumed fallen branch only to look up from my knees and see a female barred owl flying off, her three-and-a-half-foot wingspan sweeping slowly and silently through the alders. I found out later that barred owls have fenestrated wings which make no sound, and I can affirm this is true. The owl incident caused a stir among the other writers who were not as interested as I was in being hit in the head with an owl, but I appreciated the desire to have an intimate experience with nature and being met with an ambush. It seemed the perfect instruction for the writer, some totem of wisdom smacking any comfortable notions of progress upside the head, and saying Wake up, get with it.

This is a tremendous issue. The poem selections are wonderful, and the feature of prose poems/short shorts/flash nonfiction is truly a treat. I love the urgency, dislocation, and surprise of Clare Wahmanholm’s “Theory of Primogeniture: Barn”; the poem itself seemed to incinerate as I read it. Sarah Burke’s “The Rock Has No Children” is a deeply affecting poem in which the grief and refusal to surrender are portrayed exquisitely. It is also very much speaking to my poem; it’s a lonely conversation to live, and I was moved by how her poems and mine bookend the issue and perhaps provide a larger parenthetical relationship. From the feature, I especially savored “Immortality” by Wendy Cannella, “Diving Deep (My Father as Octopus)” by Bryce Emley, and “Violet on a Plane” by Lisa C. Krueger. I’ll say it again—I love this feature!

Thanks for the interview, Jennifer!
Laura Maylene Walter, Fiction Editor