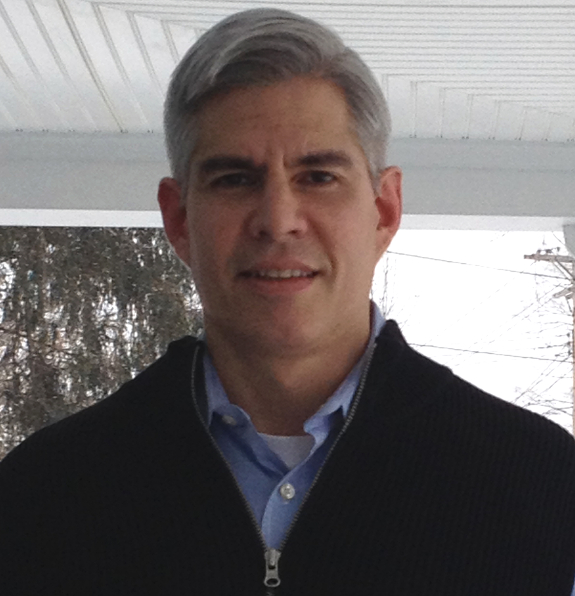 How can you possibly not read a contributor interview in which the writer describes his story as “Little Red Riding Hood kicks all manner of ass?” So please, read on and learn more about George Choundas, whose fiction and nonfiction appear in over twenty-five publications, including The Southern Review, The American Reader, and Subtropics. He is winner of the New Millennium Award for Fiction (Winter 2014-2015), a former FBI agent, and half Cuban and half Greek. His darkly imaginative short story, “The Girl Who Not Once Cried Wolf,” appears in MAR 35.1.

My daughter is four years old. She likes her bedtime stories. I read them to her sometimes, and sometimes I make them up. In the fall of 2013 I launched into a telling of Little Red Riding Hood. I realized by Sentence Three that Riding Hood had no need of hunters. And that Claire—born in the Year of the Tiger, on Bastille Day, with enormous eyes of mischief green—had no need of stories suggesting she was less than. I told her a different version. The story grew each time I told it. Longer, more detailed. Finally I wrote it down. I spent nine months revising and editing. And engineering progressively more disgusting ways to describe wolf innards.

You read and write short fiction for years—decades. For decades you admire this icon called Mid-American Review and the stories in it because they’re good and, well, it’s iconic. And one day you receive an email that this same institution would love—“love”—to publish your writing. You do not fully comprehend this. You cannot reconcile it with what you know. So you do three things: First, you keep your reply email short for fear of writing something that inadvertently confirms some background suspicion on the editors’ part that this acceptance is not simply implausible but in fact a mistake. Second, you continue thereafter to play along and pretend everything’s cool, everything’s as it should be. Third, you show fate some gratitude the best way writers can: you keep writing.

My reaction? One day I’m daydreaming about space and rocketships, the next I’m in an astronaut suit bearing a NASA insignia going, This is fucked up.

I recently learned I’d won the New Millennium Award for Fiction for a story that originally appeared in the Michigan Quarterly Review. That was kind of incredible. Then I learned that the award’s founding editor, Don Williams, called it among the best stories to ever win the prize. That was kind and incredible.

That I did not realize at a much earlier age that writing has little to do with knowing what to write about, or with having something to write about, but rather with writing and having written and determining to write some more and thereby finding out, to your surprise and (ideally) delight, what there always was to write about.

I can’t shoot pool or play a musical instrument without sticking out my tongue. It’s an unconscious tendency over which I have no control. It’s as if my tongue needs to get out and aloft to receive some kind of homing signal. This is a problem because my son five years ago agreed to play the cello if I learned along with him, and now I’m the one whom the instructor gently chides for resembling at our summer recitals an overheated dog, and at our winter recitals a deranged one.

Previous postAccepted: “Inaccurate (self)Portraits of Water by the Artist Victor Vaughn” by Travis Vick Next postIntern Corner: Interning for the Wonderful World of MAR