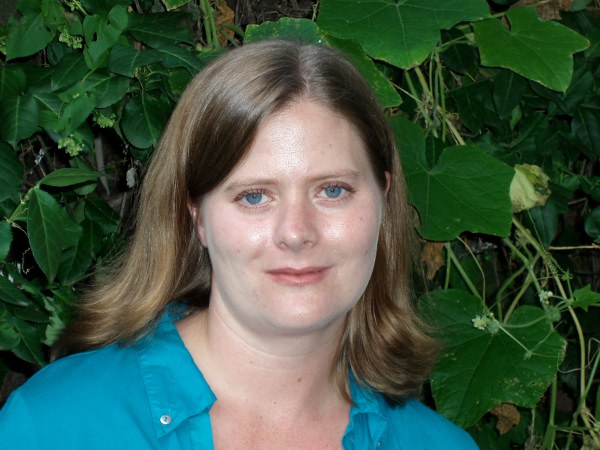 This latest contributor interview may go down in MAR history for being the only one to include a sentence like, “His biggest decision is whether to lick his rear end before or after he takes a nap.” But that kind of poetic insight is what we’re here for, folks. Enjoy this lively interview with Carrie Shipers, whose poem “How Sandbag Lives Up to His Name” appears in our Spring 2014 issue (Vol. XXXIV, Number 2). Carrie’s poems have appeared in Crab Orchard Review, Hayden’s Ferry Review, New England Review, North American Review, Prairie Schooner, The Southern Review, and other journals. She is the author of two chapbooks, Ghost-Writing (Pudding House, 2007) and Rescue Conditions (Slipstream, 2008), and a full-length collection, Ordinary Mourning (ABZ, 2010).

Quick! Summarize your story/poem/essay in 10 words or fewer.

My eleven-pound dog keeps me safe.

I’ve been in love with dictionary poems since being introduced to A. Van Jordan’s amazing collection M-A-C-N-O-L-I-A during my MFA program. Unfortunately, as much as I love those kinds of poems, I’m actually pretty terrible at writing them. One of my challenges with “Sandbag” was to let the dictionary definitions do their work without my over-explaining or simply repeating them. As I revised the poem, I trimmed as much as I could from the non-dictionary parts of the poem and tried to trust the juxtaposition between the authoritative voice of the dictionary and the more searching voice of the speaker.

What was the worst/best feedback you received on this piece?

One of the first times I sent this poem out into the world, an editor wrote on the rejection slip, “Of these, Sandbag shows the most promise.” On one hand, I was thrilled to get a personal note of any kind because I know how busy editors are. On the other hand, I kept thinking, “Of course Sandbag shows the most promise! He’s a dog! His biggest decision is whether to lick his rear end before or after he takes a nap.” (Sadly, these are exactly the kinds of arguments I have in my head with editors, even when I know they’re right.)

Since I’m currently writing a series of poems about professional wrestling, I really hope no one asks me this question. I’d hate to knock over the potato salad while demonstrating some of my best wrestling moves.

This might sound silly, but I’d been submitting to 5 AM for a decade and always got rejected, although sometimes I received an encouraging note. About a year ago, my poem “A Bed of Grass and Stolen Hay” appeared in the magazine’s last issue before its current hiatus. I really hope the magazine eventually continues publication, but I’m thrilled I finally made it in there.

My writing brain works best in the early morning hours, which means I’m usually at my desk by 5:30 or so. In the four years since my husband and I adopted Sandbag, he’s been sitting on my lap while I constructed most of my first drafts, including this one.

Do you have another favorite piece of writing in this MAR issue?

I’m totally in love with Janet Smith’s poem “To Do List.” Every time I read it I’m reminded how often we seem to make choices designed to make us miserable rather than happy, and how easy it becomes to justify these choices as necessary or responsible rather than seeing that they’re really inspired by fear. It’s easier to keep crossing items off our lists than to move through the world anticipating joy, even when the items on the list are making us actively unhappy. I especially admire these lines: “Decide it’s okay you never see / Prague. Work late for no reason. / Turn down the music. Keep your shoulders / hunched in case of unexpected attack.” Reading them reminds me to do the opposite, for which I’m grateful to their author.

Thanks for the interview, Carrie!