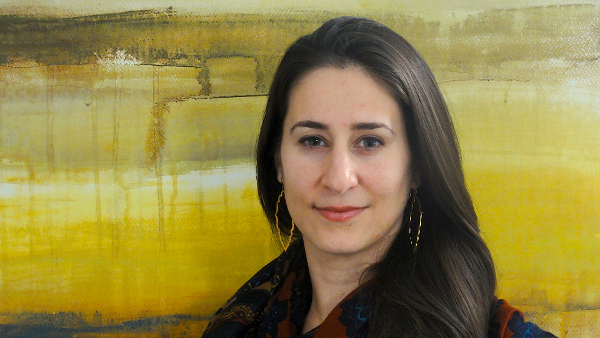 Brenda Peynado’s fiction and nonfiction appear or are forthcoming in The O.Henry Prize Stories 2015, The Threepenny Review, Black Warrior Review, Colorado Review, Cimarron Review, Pleiades, and elsewhere. She received her MFA from Florida State University, where she held a Kingsbury Fellowship and was Fiction Editor of The Southeast Review. Last year, she lived in the Dominican Republic on a Fulbright Grant, writing a novel. Currently, she is a Ph.D. student at the University of Cincinnati. Her short story, “Blue Baby,” appears in MAR 35.1.

Ambulance with an asphyxiating baby gets stuck in the clouds.

One of my good friends in graduate school was telling me about how her daughter was born and why the daughter still had lung problems that would send them all to the hospital periodically. She described a mad dash to a hospital across town after giving birth. It stuck in my head for awhile—that this amazing, beautiful kid could have easily died that night and how hard it would be if I was her mother to let go of that miracle. So, a few weeks later I was rushing to go to work in a similar fever dream of a mad dash, and the story just came to me in an outpour, these parents that loved their daughter and would do anything to save her. I sent it to my friend afterwards, and she was quite amused because she’s a very realist writer, and wondered how this story could have spun out from what she said. And then she gave it her blessing.

Oh no! This is my worst nightmare, and it happens all the time, especially last year, when I was in the Dominican Republic on a Fulbright. I have a large family of brilliant historically- and politically-minded folks who are invested in the 1965 civil war and invasion I am writing about. Many of them remember it first-hand. So I would be at dinner and the first thing people said was “So, we hear you’re writing a book. Why are you writing a book?” and then the next thing they’d say was “Here’s how you write your book.” They would tell me exactly which real life person should be a character; someone even outlined chapters they thought I should include. This wasn’t even just family, but people I’d never met before. The main problem explaining what I was doing, however, is that I write magical realism. How to tell them that the story was about the war, yes, but also about a girl that could see all possible futures and her mother who could reverse engineer any wound she saw, back to the face of the person that shot the gun or wielded the knife or launched the mortar? I’m hoping this slant version of the war will also get at the truth of living in those times, but explaining what I am doing, in Spanish, no less, was terrifying.

Perhaps this will sound strange, but loving what I do is something I treasure. I view it as a success, because I don’t think work-love for writing is always automatic for most people, and certainly not for me. I did start off loving writing when I was in high school. I’d always be writing strange stories and starting novels when I was supposed to be doing math. But then when I began taking workshops, writing stories turned into torture. It was a strange ambivalence, because I left a great tech job in IT security to go get my MFA. Party conversations in grad school often recounted how much torture writing was. It wasn’t until I finished my MFA that I stopped thinking about my workshop peers as my audience, stopped thinking about what they thought was worthy, and instead just wrote what I actually wanted to write, which it turned out was not realism. So my work ended up blossoming in all these strange ways. But then I had to figure out how to write a new kind of story, and beginning again was quite rocky territory—except that this time around I loved what I was doing. I turn back to realism every once in awhile, and the task is sustaining my joy even for those stories.

I bring my dog with me everywhere, if I can help it.

My partner and I write each other children’s stories, starring each other. It started when I lived in the Dominican Republic for a year.

I love “Puffin Season” by Kendra Langford Shaw, and the other stories were great, too. MAR’s aesthetic tends towards the uncanny and surreal, and it’s really exciting. It’s one of the reasons I keep picking it up. Kendra’s story reminds me of Seth Freid’s stories or Shirley Jackson’s “The Lottery,” especially the horror we feel at the end for deeply embedded human traits, how cruel and desperate we can turn. This story haunted me after I put it down.

Thanks for the interview, Brenda!
Laura Maylene Walter, Fiction Editor