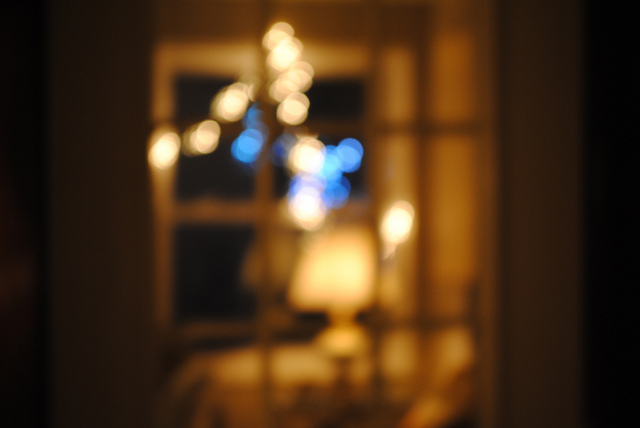 In our “Accepted” column, Mid-American Review editors discuss why they selected stories, poems, or essays for publication. In this post, Assistant Poetry Editor Jenelle Clausen discusses a poem that appears in issue 34.2. This will be the final “Accepted” entry for 34.2; stay tuned for columns from 35.1.

In the title, “Porch Light, Moonlight, or the Neighbor’s Bedroom,” Beauvais presents us with three possibilities. Already, we want to know more. And then, the epigraph: “For my sister, if I’d had one.” The epigraph is brief and thoroughly surprising; it establishes the poem as fiction, which is perhaps a nod to the inviting trap of assuming that a poem’s events “really happened” or that the poem’s speaker is the poet himself or herself (a problem we don’t encounter nearly as often when reading prose).

But the epigraph doesn’t diminish the sincerity of the poem. In the first two lines, we are immediately impacted by a striking image—pink lakes on the moon—that is unusual and that establishes the active world of children’s imaginations. This imaginary world on the moon is also defined by what it lacks: “swimming holes without water moccasins.” There is no danger here. This first stanza continues in describing this shared dream-world, a world where girls could wear as little as boys in summertime and where stars would shed glitter on the grass.

The second stanza uses images to firmly ground us in time; the speaker and sister were children when “Buffalo nickels and baseball cards” were popular. We also see the title verbatim and learn that the children would bet on what kind of light it was that “tipped in through the blinds.” The speaker says, “I always chose moonlight and you always won.” This suggests that the speaker’s childhood was characterized by hopeful idealism, which she later realized to be unrealistic.

The death of this hopeful idealism is addressed in the very next stanza, where we’re brought to the present day, many years later. The speaker mentions that “scientists claim water exists on the moon,” but this potential fulfillment of a childhood dream does little good now for an adult filled with worry by the stark reality of life’s hardships: “What good does that do us now that we’re old / and you just called to say they found another tumor?”

Like the first two stanzas, the final stanza is characterized by compelling images that create an emotional impact on readers. It is no longer summer, but autumn; this transition of seasons reflects the aging process. The “sugar maple…is growing bare.” How does something grow bare; how does growth lead to loss? The language here is subtle, and it indicates the disillusionment and sense of loss that comes with growing older, when childhood is left behind.

We are left with a final striking image, not star glitter on the grass, as in the first stanza, but “yellow leaves” that look like “the small, wilted hands of a child.” We can all relate to the sense of loss associated with giving up childhood dreams; this poem has universal meaning.

But wait—remember the epigraph? We’re told that none of this happened. For the speaker, there was no sister, no cancer. This leads to the wonderful intentional ambiguity of the poem: Which is worse? To have lived through this experience, this suffering and disillusionment, or to have not had anything, or anyone, to lose?

What MAR editors said about “Porch Light, Moonlight, or the Neighbor’s Bedroom”:

“The epigraph is really attention-grabbing, and even though it makes it clear that the poem as a whole is fiction, that in no way lessens the emotional truth and impact of it.”