Accepted: “At the End of the Street” by Jeff Oaks 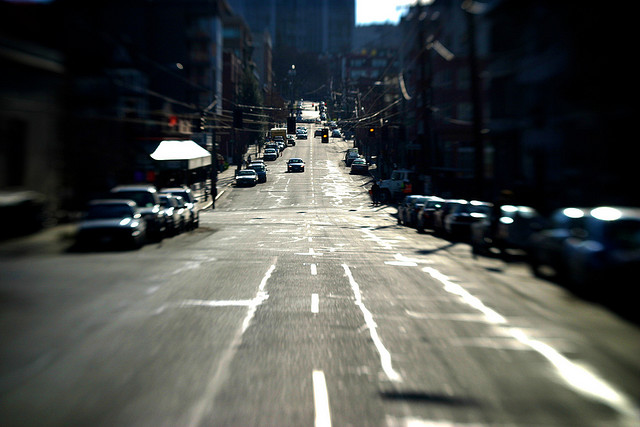 In our “Accepted” column, Mid-American Review editors discuss why they selected stories, poems, or essays for publication. In this post, Assistant Poetry Editor Jenelle Clausen discusses a poem that appears in our Spring 2014 issue.

Genre: Poetry
Title: “At the End of the Street”
Author: Jeff Oaks
MAR issue: Vol. XXXIV, Number 2 (Spring 2014)
First lines: “In the old parking lot. Where there’s enough / darkness and distance to be struck by / the night sky…”

This poem, which is both short and poignant, deals with love and loss, and its central images are celestial bodies. Each line resonates with a compelling image, and the line breaks are skillful and meaningful. Just to read the final word in each line gives one a sense of the poem and its emotional content. This memorable poem is an example of word economy at its most impactful.

Oaks uses his poem’s title, “At the End of the Street,” to lead into the first line: “In the old parking lot….” We immediately have a sense of place. Oaks then goes on to mention the “night sky”—now we know the time of day. Thus grounding the “we” in place and time within the poem, Oaks shows us Venus, the Moon (capitalized to suggest its importance and that it’s specifically Earth’s moon), and Jupiter, describing them succinctly in terms of shape and colored light. These celestial bodies are “…Millions of miles away / and in opposite directions from us.” We’re not just in a parking lot anymore; we’re in the midst of a vast, unreachable (and thus unknowable) universe. Oaks has already said a lot in a small space.

It’s then that the poem takes a turn, and we move into the first complete sentence of the poem. It’s a casual question that segues into a serious declarative sentence that gets at the heart of the poem and features the two biggest and two of the most emotionally resonant words in the poem: “annihilates” and “responsibility.” What is this grief and its aftermath? In the final two lines of the poem, the author connects the inconceivably distant planets and Moon to a confession of human grief and aloneness: “We were talking about our parents dying then, / the grief of orphans hanging over us.”

Though this sonnet—which almost slips by unnoticed as such—is written in unrhymed free verse, the final two lines echo the Shakespearean tradition of the ending couplet. The speaker actually says very little about his or her shared grief; the visual description of the planets and Moon situated in the universe builds to inform those final two lines, and we feel their emotional impact.

What MAR editors said about “At the End of the Street”:

“The word choice was great. I can tell that the author chose every word carefully, like there couldn’t have been an alternative. And those final two lines really sneak up on you, but they’re not just thrown in—the whole poem builds up to them.”

“A lot of sonnets fall short, but not this one. The form—which is not strictly formal in the traditional sense—and the content are both really working, and they work together. Basically, the form seems inevitable. I can’t imagine this poem as not a sonnet.”